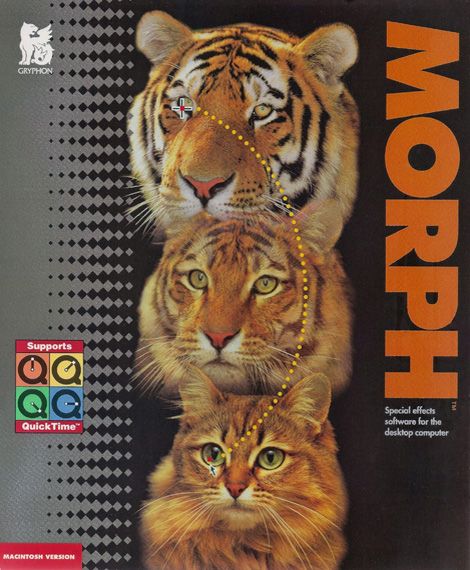 When we released MORPH it was accompanied by a promotional video I made to showcase what the product could do. The video was very entertaining and it was meant to attract trade show attendees to our booth. After the product was released a media firestorm erupted worldwide, and many of the clips I did for this video ended up being used for those television newscasts. These included several appearances on CNN, on ABC nationally and on a local affiliate channel, on NBC and many other outlets. Morph was also showcased on many of the major publications of the world, including the Wall Street Journal, the New York Times, the Washington Post, all sorts of computer magazines such as Byte and PC World, Time magazine (used to create two covers) and many others. Professionals in the special effects industry used MORPH in several movies, including in Francis Ford Coppola’s Bram Stocker’s Dracula and Robin Hood: Men in Tights. MORPH also won two Software Publisher’s Association (now Software & Information Industry Association) Awards, the highest bestowed on a software product, and many other awards. The demonstration video I created won Third Place Prize in New Media Magazine’s Invision contest.

MORPH was the first product we developed at Gryphon when it was still a very small startup, and it was showcased at Apple's Keynote Speech at Macworld Expo. The product was developed by just two people, the lead engineer and myself, and it was developed from conception to shrink-wrapped box in three months. I did the product definition, user interface design, part of the QA, sample clips, promotional video and the documentation.

MORPH went on to sell over a million copies.